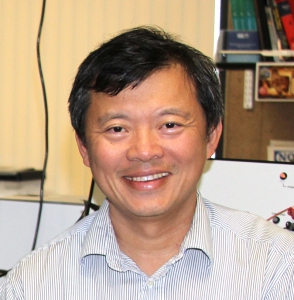 Dr. Lee is the William J. Link Professor and Chair of the Biomedical Engineering (BME) Department with a courtesy appointment in Mechanical and Aerospace Engineering (MAE) at the University of California, Irvine.  He was also PI for the Micro/nano Fluidics Fundamentals Focus (MF3) Center, a DARPA-industry supported research center (2006-2013). Dr. Lee started his appointment as Editor-in-Chief for the Lab on a Chip journal in January 2017 (leading journal in his field). Prior to joining UCI in 2002, he was a Senior Technology Advisor in the Office of Technology and Industrial Relations at the National Cancer Institute (NCI), and a program manager in the Microsystems Technology Office of the Defense Advanced Research Projects Agency (DARPA). Dr. Lee started his career at Lawrence Livermore National Laboratory and led projects on the development of microtools for the treatment of stroke and biodefense. Dr. Lee’s lab focuses on microfluidic platforms applied to point-of-care and molecular diagnostics, sample preparation and liquid biopsy, cell-like vesicles for theranostics, single cell processing and analysis, and vascularized organ-on-a-chips.  His research has contributed to the founding of several start-up companies and he serves as an advisor to companies and government agencies. He owns more than 40 issued US patents and has published more than 100 journal articles.  Professor Lee was awarded the 2009 Pioneers of Miniaturization Prize and is an elected fellow of the American Institute of and Medical and Biological Engineering and the American Society of Mechanical Engineers. Dr. Lee received his Ph.D. from UC Berkeley and his B.S. degree from National Tsing Hua University. 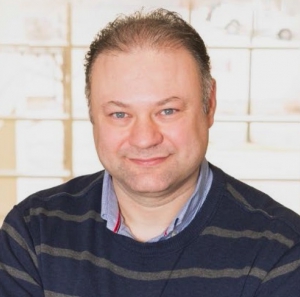 Dr. Papaustky received a BS in Biomedical Engineering from Boston University in 1995, and a PhD in Bioengineering in 1999 from the University of Utah. He joined the faculty at the University of Illinois at Chicago (UIC) in 2016, where he is now Professor in the Richard and Loan Hill Department of Bioengineering. Prior to joining UIC, Dr. Papautsky was a Professor of Electrical Engineering in the Department of Electrical Engineering and Computing Systems at the University of Cincinnati and the Director of the Ohio Center for Microfluidic Innovation (OCMI) Dr. Papautsky’s research focuses on the use of microfluidics in point-of-care sensor systems and lab-on-a-chip cell separations. He has published over 200 research papers, book chapters and patents, and has presented over 100 lectures at conferences, universities, and government/industrial laboratories. In recognition of his work, Dr. Papautsky has received numerous awards and honors, including the Ohio Bioscience 30 in Their 30s award (2007); the Distinguished Engineering Researcher award (University of Cincinnati, 2009, 2015); and the Excellence and Service Award from the International Society for Optical Engineering (SPIE; 2005, 2007). He is a Fellow of the Royal Chemical Society.